Jamaican Black Castor Oil Facts You Will Be Surprised to Know The songs of praises of castor oil are pretty famous and have been passed on since ancient times for its medicinal and beautifying properties but, it is only in recent times its variant – Jamaican Black Castor Oil started stealing the limelight. How are they different? Why is the black one more trending today? Your questions will be answered, don’t worry.

The history of Jamaican Black Castor Oil can be traced back to ancient times just like the castor oil because it is not something recently discovered but its usage definitely has skyrocketed lately.

The regular pale yellow castor oil that is produced from fresh beans of the castor plant (Ricinus Communis) has a long history of use. According to Egyptian legend, it was used in lamps and lights around 4000 BC, as well as by Cleopatra to brighten the whites of her eyes, and so on. Whereas Jamaican Black Castor Oil (also extracted from the castor beans) was discovered during the slave trade (1740 to 1810) in Africa where it is believed to be produced by ex-slaves in rural communities and brought to the Caribbean by Ancestors.

Now, you may ask, if it is obtained from the castor bean plant, why is it black and how is it different? Well, unlike regular castor oil, Jamaican Black Castor Oil is prepared by roasting the castor beans first and then using heat to extract the oil, hence the black color. Now, since the method was developed first in Jamaica and the castor plant has been grown and harvested as a part of Jamaica’s cultural heritage ever since, it began to gain a reputation for being known as the premium Jamaican Black Castor Oil (JBCO) on the international market today.

How Does JBCO Differ From Regular Castor Oil?

Needless to point out that the sheer clear difference between the two valuable oils is color. One is pale yellow while the other is black or dark brown. But, apart from these, they both majorly differ in terms of their processing method. Regular castor oil is usually cold-pressed where no heat is involved; JBCO is extracted using the traditional method where castor beans are roasted to produce a dark color, actually ash. The roasted beans are then ground manually in a grinder and slow-boiled on a wood fire by adding water to extract the 100% pure, dark brown, highly-nutritious organic oil.

Another difference is in their pH level. While the regular castor is slightly acidic, the Jamaican is alkaline because of the high amount of ashes in the beans. Other than that, although both are rich in nutrition profile and benefits, JBCO is found to be more effective than the standard one.

So, now that you understand a lot about Jamaican Black Castor Oil, here are a few interesting facts about it that will leave you spellbound.

Jamaican Black Castor Oil is a must-have oil for all age groups because the benefits that one gets out of it are way huge, safe, and more effective than the modern chemicals which later do more damage than good. 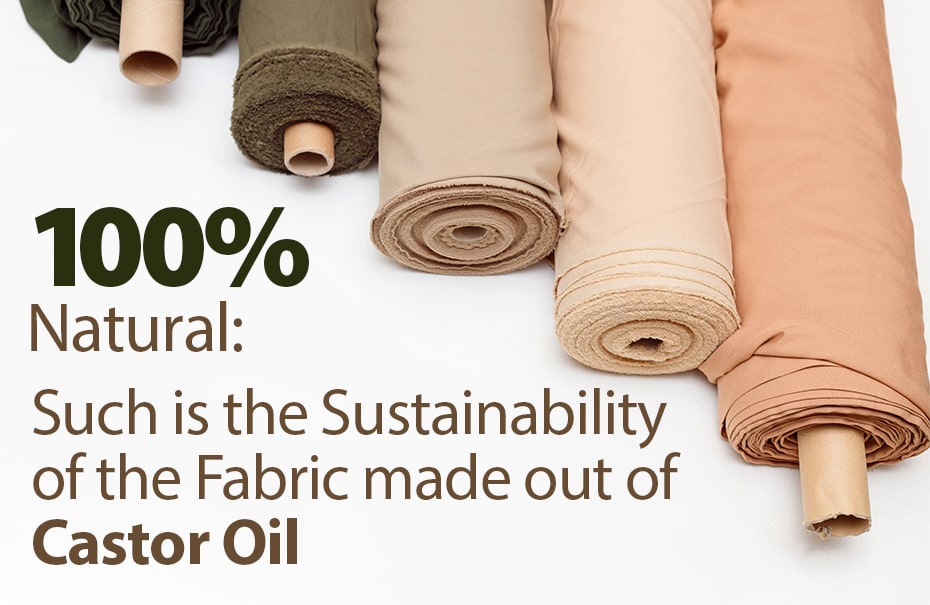 100% Natural: Such is the Sustainability of the Fabric made out o...